The Asia Culture Center (ACC) is an international arts and cultural exchange organization that produces new, future-oriented results through the convergence of Asia’s past and present arts and culture with innovative ideas and beliefs. Based on the context of artistically sublimating the significance of the May 18th Democratic Movement’s human rights and peace, the ACC, which opened in November 2015, is a Ministry of Culture, Sports and Tourism–affiliated institution established for the advancement of mutual understanding and cooperative growth with different Asian countries through exchange, education, research, and other efforts with regard to Asian culture. 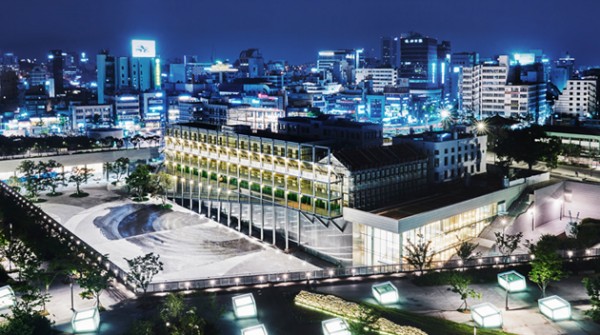 Art Street is a three-hundred-meter road stretching through Dong-gu, famous for its art galleries and antiques. Art crafts representing the regional artistic symbols, such as paintings and calligraphic works, ceramics, and handicrafts, are gathered, exhibited and on sale.

Yangnim-dong was home to the first missionaries to Gwangju in the early 20th century. The area is renowned for its heritage, its modernized architecture, and its historical and cultural roots. The neighbourhood holds the old houses of noblemen such as Lee Jang-woo, an independence fighter during the Japanese colonial era, Jung Yul-seong, a Chinese three-generation musician and Kim Hyunseung, a prolific writer. Yangnim-dong is the part of Gwangju where American missionary, YuJin Bell, initially constructed a church, a hospital and a school and started the modernized education system and health service center. He was known as the “father of leprosy”. Oh Wol-soon’s house, built in 1920, was the very first western building in Gwangju. 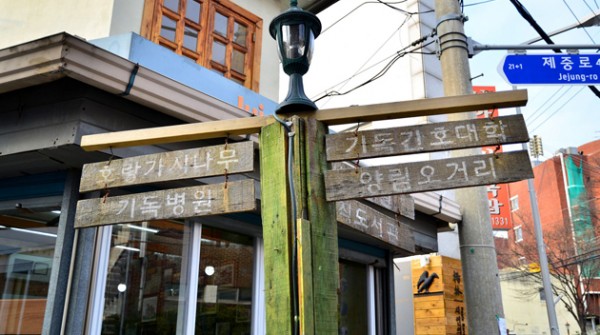 Follow the penguin-shaped signage and enter the narrow street behind Yangnim-dong Community Service Center. You will find a village from the 1970s and '80s being transformed into an outdoor exhibition space. The "Penguin Village" was named after the way the elderly with knee pain walked somewhat like penguins.
Villagers began to clean up burned down and abandoned houses there and brought things to exhibit on the walls. Someone wrote on the wall, "Let's be thankful that we lived in those days." Penguin Tavern, in the middle of the village, is a chat room for residents. The room, though small, is filled with all kinds of objects from the residents. In front of the Craft Studio, residents post village newsletters. 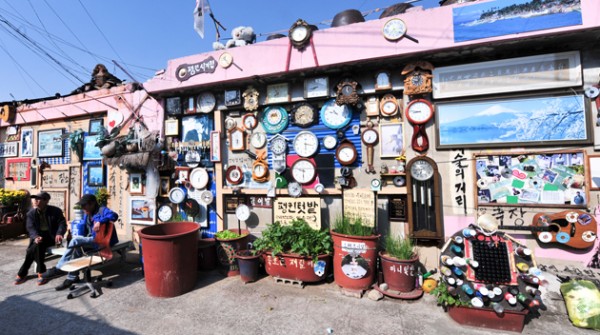 Mudeung Mountain dominates the eastern side of Gwangju, and the National Park extends over the city’s northern and eastern districts, and into neighboring Hwasun and Damyang counties in the Jeollanam-do province. The park’s highest peak reaches 1,187 m (3,894 ft). Mudeung Mountain, located a convenient distance from downtown, was designated as a National Park in 2013, and is well loved by local residents for its extensive hiking trails and beautiful scenery.
To get to the mountain area, you can take a downtown bus either to Jeungsimsa or Wonhyosa. To get to Jeungsimsa, you can take a bus to Jeungsimsa (bus stop) or to Wonhyosa .

Jeungsimsa is a classic Buddhist temple, located on the southern slopes of Mudeung Mountain. Area relics include the Obaekjeon Building, a seated-iron Birosana Buddha sculpture, a three-story stone pagoda, Bomjong gak (Brahma Bell Pavillion), BeomJa, a seven-story pagoda engraved with Sanskrit on the four sides of each floor, and many more cultural assets. Templestay programs are also offered here. 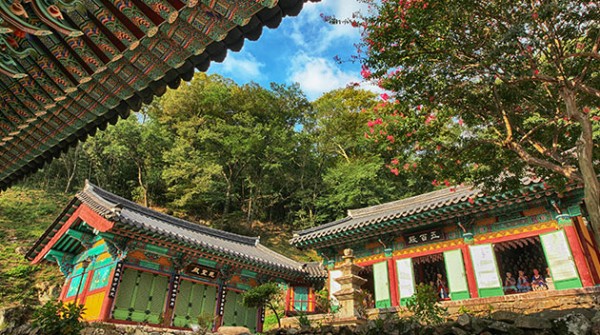 The May 18 Memorial Park is designed to preserve and develop the spirit of 5.18 and serve as a resting place for citizens in the site of Sangmudae, a soldier’s training camp, after it moved. This place has many plants and a traditional pond, and it is also used as a nature education site for children.

Located in the heart of Gwangju, Gwangju Park is the oldest park in the city. Local residents often visit at night to enjoy food stalls and take in street performances. It is located just next to Sajik Park. Autumn here is also spectacular with so many colourful leaves. The park is also home to an observation tower, featuring indoor and outdoor viewing decks, providing visitors with panoramic views over Gwangju downtown and Mudeung Mountain.

Gwangju Hyanggyo, with its 600-year history, is a place where the wisdom and virtue of Confucian sages has descended. It also offers many programs to experience Korean culture, such as wearing hanbok, or a Korean traditional wedding, or a traditional tea ceremony.

This shrine was built to honor Go Gyeongmyeong, a poet in Joseon dynasty, who decided that he would defeat the Japanese army as soon as news of the invasion first came to his ears in 1592. The 60-year-old scholar, who was recognized for his beautiful poetry and great literary style, rose up against the Japanese invaders with an army of farmers, beating a drum and maintaining a spirit of patriotism. Pochungsa was the shrine attended to by the King.

This eco-park situated adjacent to Gwangju Lake is a calm and relaxing place in which to enjoy nature. It features observation points, a study center, grassy rest areas, and boardwalks over the wetlands along the water’s edge. It is easily reached, only 30 minutes from Gwangju’s downtown. Since its opening in March 2006, it has become popular as a place of rest for citizens and a natural eco-experience center for children.

The spacious Jungoe Park is popular for its extensive facilities and walking trails. It is also home to the Gwangju Folk Museum, Biennale Exhibition Hall and Gwangju Museum of Art, which, together with the Gwangju National Museum across the street, make up the city’s cultural belt .
In addition, the museum also has Gwangju Culture and Arts Center and Gwangju Museum nearby, making it a cultural belt in Gwangju.

The May 18th National Cemetery was founded as a historical site to honor the victims of the 1980 May 18 Democratic Movement. It also contains a learning center for the public to see and remember the dark history of Gwangju at the time. Every year in May, a special day of remembrance is held at the cemetery. 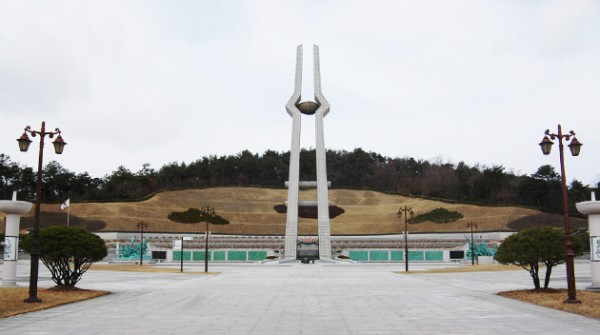 Uchi Park is located on northern edge of Gwangju, and home to Family Land, the city’s main amusement park, as well as Gwangju zoo and a reservoir. As well as numerous rides, Family Land erects a sledding area in winter, which converts to a waterslide during the summer. A large Ferris wheel, the ‘Big Eye’, is a recent addition to the park. 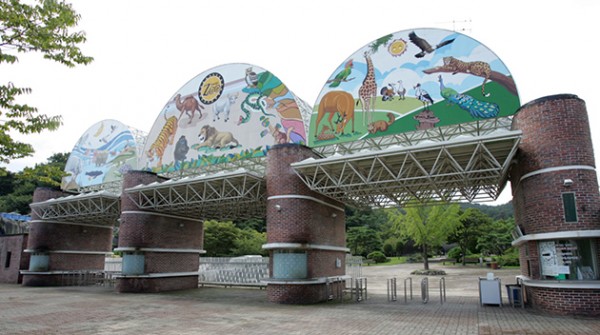 Songjeong Station Market was opened in 1913, in connection with the opening of Gwangju-Songjeong Station. For many years, the market was the go-to-place for necessary items and produce, but with the increase of large marts in the 1990s, people began to visit traditional markets less and less. In order to increase the liveliness of Songjeong Station Market and showcase the difference between large marts and a traditional market, the entire space was redesigned around the theme of time. The newly redesigned the 1913 Songjeong Station Market, located just across the street from Gwangju-Songjeong KTX Station, has a bright appearance with modern-style architecture and signboards detailing the history of the various shops. Visitors can enjoy all the classic market foods here, such as hotteok (hot griddle cakes), gyeran bap (rice with egg), and eomuk (fish cake). 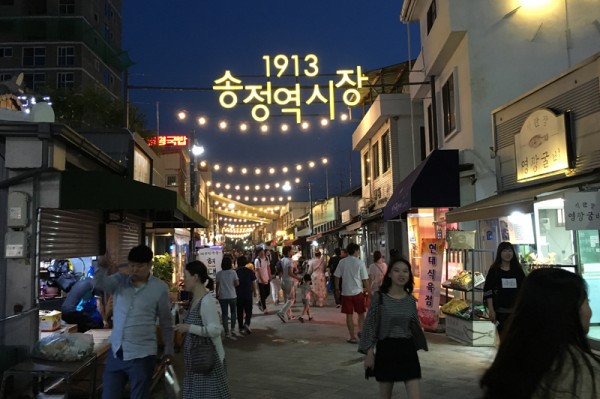